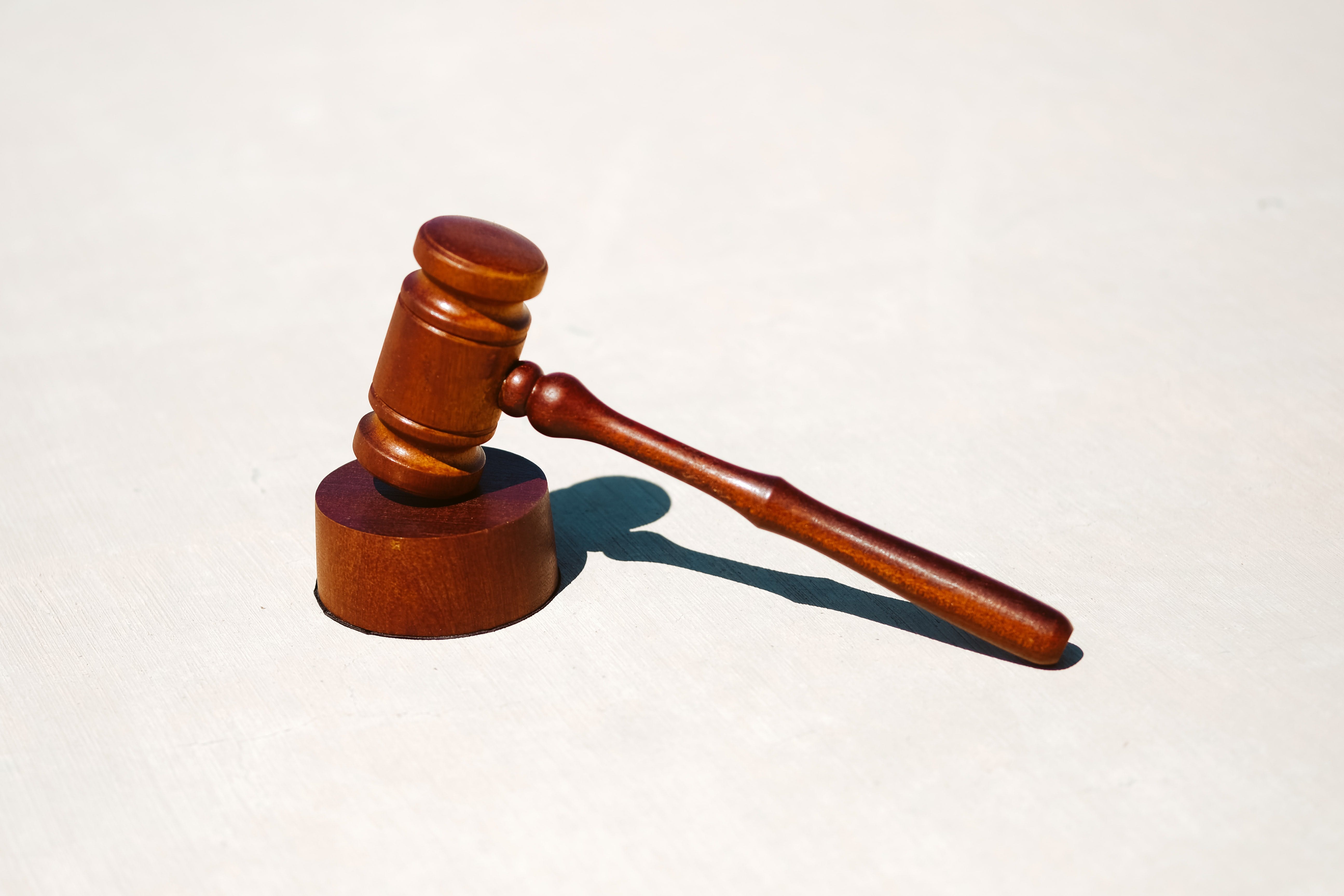 When I was a kid in the 1980s, I loved to watch cartoons. One of my favorites was G.I. Joe. At the end of each episode, there was a short public service announcement (PSA) that was meant to teach kids life lessons so they could make good decisions.

For instance, there would be a situation where a group of children would be faced with a tough choice (e.g., telling the truth, not getting in a car with a stranger, etc.). Then Duke, Lady Jaye, Snake Eyes, or another character would appear and provide guidance and counsel to them. Each PSA ended with the kid saying, “Now I know,” and the G.I. Joe character saying, “Because knowing is half the battle!”

If you make key decisions about your organization’s retirement plan, then you have a huge responsibility to your employees and to your organization under the law. The difficulty lies in how hard it is to know what to do, much less do it.

Knowing what steps to take in order to control the fees your plan and participants pay is an area of significant importance, both from a legal standpoint and in terms of long-term outcomes for your people. It’s also an area that has come under intense scrutiny from a legal and regulatory perspective in the media and in the minds of American workers. But even in the current era of “fee disclosure,” it’s difficult for plan decision-makers to get a clear picture and make smarter financial decisions. A sampling of the comments I hear include:

In the twelve years since I first wrote extensively about retirement plan fees in Fixing the 401(k) and helped spur the industry on to greater levels of transparency, the fee landscape has changed dramatically, shaped primarily by four driving forces.

First, the DOL implemented two different fee disclosure regulations aimed at creating additional transparency for both plan sponsors and participants. The 408(b)(2) regulation (i.e., “Plan Sponsor Disclosure”) and the 404(a)(5) (i.e., “Participant Disclosure”) both went into effect in 2012.

Regulation 408(b)(2) requires that covered service providers (e.g., brokers, advisors, recordkeepers, TPAs, etc.) provide fiduciaries of ERISA plans with a description of the services they provide, the compensation they expect to receive in connection with those services, and which services (if any) they provide on a fiduciary basis. The purpose of 408(b)(2) is to put plan fiduciaries (e.g., committee members) in a better position to understand fees and compensation so they can make prudent decisions.

Using the information disclosed under 408(b)(2), 404(a)(5) requires that plan sponsors of participant-directed ERISA plans provide certain information to plan participants, including the disclosure of fees, expenses, and other plan and investment-related information. The purpose of 404(a)(5) is to create greater transparency and give participants a better understanding of the fees and expenses associated with their account.

In the real world, while these disclosures created conversations, they did little to foster any real understanding by either intended audience. Let me give a quick example. In 2012, not long after the disclosure rules went into effect, I had lunch with the former controller of a prospect who is now one of my best clients. The company had been using a well-known broker in the area for a long time, but they were looking to make a change. The controller explained that one reason was an overall lack of fee transparency: “I have no idea how much we are paying in fees,” he said. “I have the sense we are getting screwed. I just can’t prove it.”

He then handed me the 408(b)(2) disclosure he had recently received. I took a pen and began circling different fees on the page, explaining what the numbers meant, what services they were for, and who was receiving them. After five minutes, he had a complete picture of the situation and hired our firm, primarily because of that single conversation.

What’s ironic is that the service providers on the plan had complied with the regulations, but the broker had failed to explain the information to the client in a simple, clear way. The broker thought he’d done his job by providing the information and checked that box.

However, he didn’t get credit for it (and lost the engagement) because the client didn’t realize he already had the information.

The second driving force is that the litigation environment has shined a spotlight on the risks associated with excessive fees and breaches of fiduciary duty.

Many Fortune 1000 companies and well-known institutions of higher education have agreed to multimillion-dollar settlements due to excessive fee claims. In particular, the efforts and work of a single law firm in Saint Louis (Schlichter Bogard & Denton) who pioneered 401(k) excessive fee litigation beginning in 2006 has had an incredible impact on the industry, bringing awareness to fees and the importance of fiduciary responsibility in a major way.

According to his bio, Jerry Schlichter has been referred to as the “Lone Ranger of the 401(k)s” and “public enemy no. 1 for 401(k) profiteers,” a man whose name brings fear to plan fiduciaries far and wide. Personally, I agree with many of his perspectives, and I appreciate the attention and awareness his efforts have created. Litigation has made it easier to convince clients to make changes because you can point back to case law as a reference point.

Third, the media has played a role. I think the single most significant piece of media coverage about 401(k) fees and fiduciary responsibility was by John Oliver on his HBO show Last Week Tonight. Oliver famously takes on various industries and exposes questionable business practices. If you’re the subject of one of his segments, you’re in trouble. In 2016, Oliver looked at the impact of high fees and what he learned after he asked his production company to set up a 401(k) plan using a well-known recordkeeper for his employees. If you haven’t seen the video, do yourself a favor and watch it (warning: explicit language). It’s hysterical, enlightening, and embarrassing for the retirement industry. In the weeks after this episode aired, I had more people ask me if I was a fiduciary than ever before.

The Role of Fiduciary Advisors

Finally, fiduciary advisors that specialize in working with corporate retirement plans have made fees a front-and-center issue by creating a context-based approach to understanding, benchmarking, and negotiating more efficient fee arrangements.

For those of you keeping score at home, the pace of 401(k) and 403(b) fee litigation is increasing. Many large companies are being sued. Even institutions of higher education are in the crosshairs. I recently did a Google search for “401(k) litigation” that returned nearly 29.3 million results!

According to a 2018 report by the Center for Retirement Research at Boston College, there were eight 401(k) complaints filed in 2006, eighteen in 2007, and a peak of 107 in 2008. This number declined over the next five years, bottoming out in 2013, with only two new complaints. However, in 2016 and 2017, there were more than one hundred new complaints filed. The researchers found that of the roughly 430 cases they evaluated, 60 percent were still pending, 20 percent were dismissed or closed, 16 percent were settled or decided, and 4 percent were still on appeal. And 401(k) fee litigation is exploding so far in 2020. Bloomberg Law recently pointed out that 65 fee-related lawsuits have already been filed so far this year, up from just 20 in 2019. That’s on pace for a five-fold increase!

As I already pointed out, when these lawsuits first became popular, it was primarily Jerry Schlichter who pioneered these cases and developed the playbook on how to litigate from a plaintiff’s standpoint. He and the firm have obtained settlements in these 401(k) excessive fee cases of more than $300 million for employees and retirees. They have also obtained the three largest 401(k) excessive fee settlements in history—a $62 million settlement against Lockheed Martin, a $57 million settlement against Boeing, and a $55 million settlement from ABB, Inc. Each one of these cases also included non-monetary compensation. The attorneys’ fees in these three cases equated to roughly 30 percent, so close to $55 million!

Attracted by these types of large settlements, more plaintiff’s attorneys are getting into the mix. The primary goal in each case seems to be the same: get past the motion to dismiss phase and force the defendant into a very expensive discovery process, incentivizing large settlements.

As an example, an industry colleague recently told me he received a voicemail from a gentleman “seeking an expert in the standards of care regarding appointing and monitoring fiduciaries for 401(k)plans.” Turns out he’s recruiting expert witnesses for a law firm.

The common complaints in these cases have been about excessive fees being charged, imprudent selection of share classes, inappropriate investment options being offered to participants, and alleged conflicts of interest between plans and their service providers.

ERISA does not spell out the types of investment options that are appropriate, what levels of fees are reasonable, or how to monitor either of these. Instead, ERISA requires that fiduciaries show “the care, skill, prudence, and diligence…that a prudent man” would when choosing investments “so as to minimize the risk of large losses” and “defray reasonable expenses of administering the plan.” The language in ERISA makes it clear that what matters most is the process, not the outcome. Where a settlement was obtained, it was argued that fiduciaries either didn’t engage in a prudent process or hadn’t consistently implemented one.

Here is a list of some of the most high-profile excessive fee settlements:

In one of the more ironic twists over the past few years, guess which industry has been a source of targets? The retirement industry! Here’s a list of settlements for excessive fees against financial services companies by their own employees:

Amazingly, it appears these companies providing services to corporate retirement plans can’t even properly oversee their own 401(k) plans for their own employees. Talk about a case of the cobbler’s children having no shoes! Of course, the companies that have settled don’t admit wrongdoing, and many others that have pending litigation will still have their day in court to defend themselves against allegations.

As someone who has worked as a retirement fiduciary for almost fifteen years, I can tell you I am not surprised by this at all. What is surprising to me is that many plan sponsors think these vendors have their best interests in mind when they are not held to fiduciary standards. If you’re a plan sponsor or a plan fiduciary, you’ve got to ask yourself, “If these service providers can’t manage the fees in their own plans, how confident can I be they are helping me manage the fees in my plan?”

This is why I believe the role of a fiduciary advisor is so critical to effective plan governance and why most companies are turning to 401(k) and 403(b) specialists. A specialist advisor with the right experience as an ERISA fiduciary, a commitment to fiduciary principles and practices, and the courage and conviction to hold vendors accountable is essential to protecting the interests of participants and keeping companies out of hot water.

As I also mentioned, these settlements commonly include non-monetary relief as well. These are instructive because they highlight best practices. For instance, in David B. Tracey et al. v. Massachusetts Institute of Technology et al., MIT agreed that for a three-year period, it would:

If you are a fiduciary to your organization's retirement plan and worried the marketplace may not be treating you and your people fairly, we can help. Contact us to learn more about our consulting services to help you and your fellow plan fiduciaries benchmark, monitor, and negotiate lower fees.