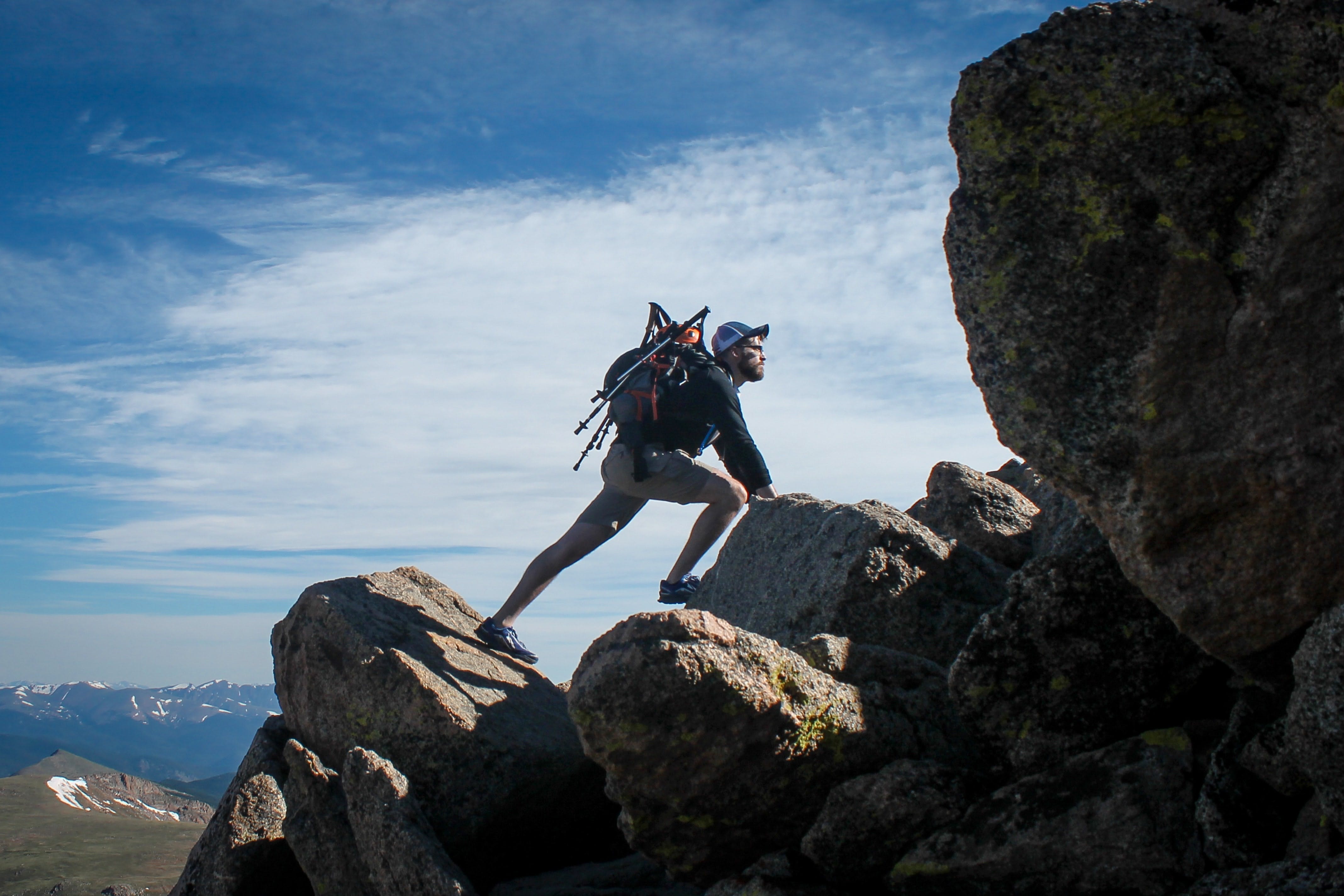 Historically, most retirement plan fees have been asset-based. The industry usually tries to justify this fee structure using what I call the “we take the revenue risk” argument. The provider will try to make the case that when plan assets go down, their revenue declines and when plan assets go up, their revenue increases. They will tell you the risk of revenue reduction shifts from you and your participants to them. In bad times, they will suffer, and in good times, they will benefit.

On the surface, this argument seems to have some merit and appears to make sense. But let’s see how it stands up to further scrutiny. Here’s a little secret the retirement industry doesn’t want you to know: the primary reason a 401(k) or 403(b) plan grows is that it’s consistently funded through employee deferrals and employer contributions! It’s not because of great service or having a great investment selection and monitoring process (both of which are important). In fact, the best way to supercharge plan growth is through an optimized plan design because it increases participation and deferral rates and supercharges growth. Since contributions are made each payroll, plans rarely go down in value for extended periods, making the “we take the revenue risk” argument weak at best.

Let me illustrate with a hypothetical example. Let’s use the example of a plan with $20 million in assets and net cash flow each year of $1 million. This means that after any rollovers or cash-outs, the combination of employee deferrals and employer contributions totals $1 million. Let’s also assume an recordkeeper is charging 0.20 percent each year for their services. And let’s look at a full ten-year market cycle from 2009 to 2018 and use the annual returns of the Vanguard Target Retirement 2030 Fund Investor share (VTHRX) as a proxy for the plan investment performance. To summarize, we will assume a $20 million plan is funded with $1 million per year, earns the return of the VTHRX fund each year, and pays the recordkeeper twenty basis points for their services. Here are the results: 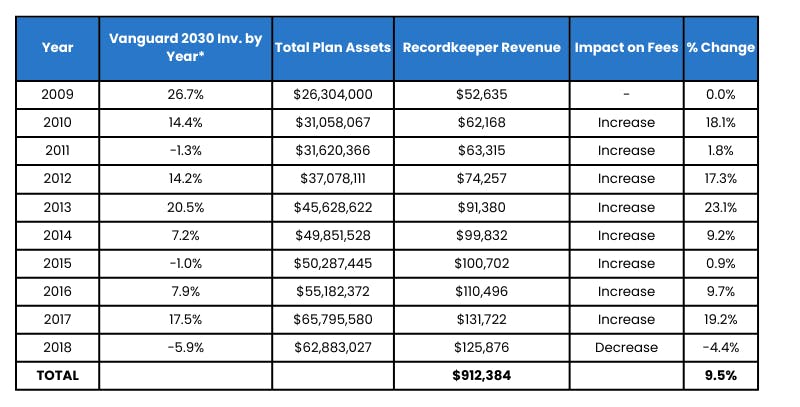 *Data provided by Morningstar. This data is for illustrative purposes only. Past performance is not indicative of future results.

So how much “revenue risk” did the recordkeeper take? The Vanguard Fund went up in seven of ten years, which is in line with historical norms. However, you’ll notice that the only year the recordkeeper's revenue went down was 2018, when it decreased by 4.5 percent. Even in 2011 and 2015, when the fund was down (−1.3 percent and −1.0 percent, respectively), contributions caused net assets and fees to increase by 1 to 2 percent. Over the ten-year period, the recordkeeper saw fee decreases in only one year, and their fees went up by an average of 9.5 percent per year. With the combination of positive market performance and annual funding, an asset-based fee structure is overwhelmingly in favor of service providers. The “revenue risk” argument sounds compelling but is a bit of a fallacy.

In addition, fees increased in total by 139 percent over the period, which gives rise to the possibility that fees can get out of line with the market and become unreasonable. I find this often happens when a plan is small and the fees are high from a percentage standpoint but not from an absolute dollar perspective. For example, a 12b-1 fee of 1 percent on a plan with $100,000 ($1,000 in compensation) differs greatly from a $3 million plan ($30,000 in compensation). No one pays attention, and next thing you know, the plan is a lot bigger, and the fees have spiraled out of control.

Let’s compare this to a fixed-fee approach. Here, all the information is the same, except the recordkeeper’s twenty-basis-point fee has been restructured into a $40,000 fixed fee in year one (i.e., twenty basis points), and then escalates by 4 percent each year to offset the rising cost of doing business. 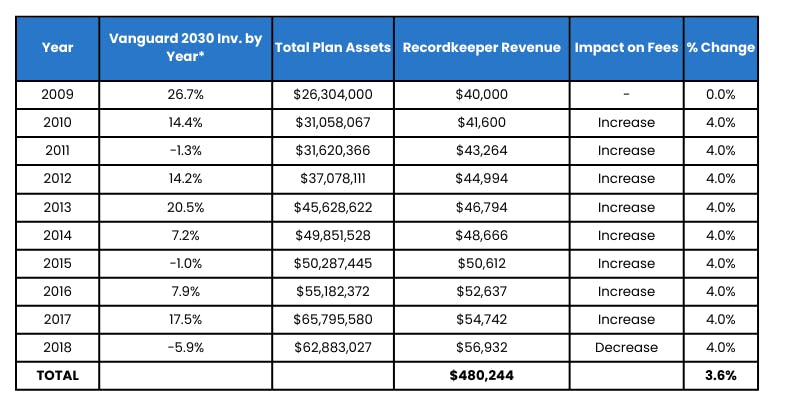 *Data provided by Morningstar. This data is for illustrative purposes only. Past performance is not indicative of future results.

The difference between these two scenarios is significant. With the asset-based approach, the plan paid $432,139 more in cumulative fees over the ten-year period than with the fixed-fee method. Since these fees are paid from plan assets, the cost savings would be accretive to participants, resulting in higher account balances. While the recordkeeper saw a fee increase every year (which makes sense from an inflationary standpoint), their fees increased by only 42 percent over the period with the fixed-fee approach.

In most cases, negotiating a fixed fee is a far better approach to control the possibility of excessive fees due to the growth of plan assets. Where assets are expected to consistently decline over time (e.g., an older workforce where a lot of rollovers are expected), asset-based fees may be more appropriate. The other case is where a service provider is willing to waive its minimum fee to phase in pricing over time. For instance, from time to time, our firm has agreed to an asset-based fee with a small plan until it grows large enough to meet our minimum fee, at which point we convert to a fixed fee.