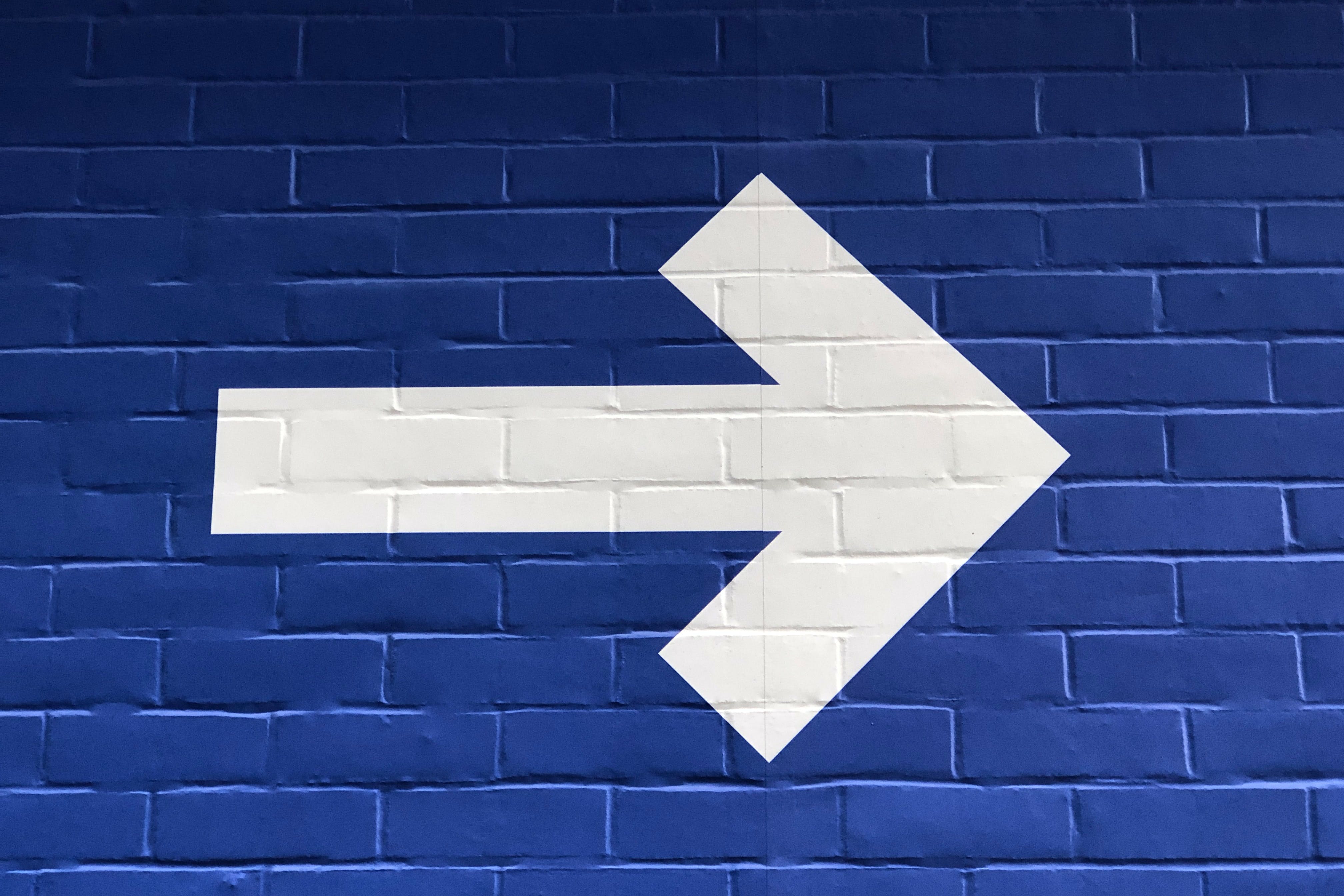 To say that 401(k) and 403(b) investing has shifted over the past decade would be an understatement. The power of the “default effect” in automatic enrollment plans has made target date funds (TDFs) the dominant investment choice for retirement savers.

For example, in 2008, only 7% of assets across Vanguard’s entire defined contribution client base were allocated to TDFs. By the end of 2017, that percentage had swelled to 33% (Source: Vanguard, 2018). In 2015, Cerulli Associates forecasted target-fund assets to represent 88% of new contributions by the end of 2019. Think about that for a moment—it’s estimated that nearly 90 cents of every dollar flowing into corporate retirement plans will use a TDF in just the next few years.

And it’s easy to understand why. For instance, Fidelity has found that nearly 8 in 10 participants say they don’t have the skill, will, and time to manage their own investments. Clearly, the vast majority of participants are likely to be disengaged at some level, and the simplicity and professional management of TDFs are both well-received and beneficial to driving outcomes. For instance, in 2016, J.P. Morgan found the following percentage of participants that found TDFs and re-enrollment appealing:

While both groups embrace TDFs, what’s most interesting is younger participants are proving to be the most powerful advocates for these types of solutions.

Given the shift in participant mindset and demographics, it’s important for retirement plan committees to re-think the traditional approach to designing plan investment menus. In fact, I believe it’s safe to say that the starting point and single most important investment decision for this generation of retirement plan fiduciaries revolve around the target date decision. But first, let’s take a step back and briefly discuss the strategic outcomes fiduciaries should be focused on when designing a fund lineup for their plan.

In Section of 404(a) of ERISA, the first two fiduciary duties are typically referred to as the duty of exclusive purpose and the duty of prudence. The regulation essentially states that fiduciaries must perform their duties solely in the interest of the participants and beneficiaries and for the exclusive purpose of providing benefits to them and with the care, skill, prudence, and diligence of someone who is an expert. This is why it’s so important for retirement plan committee members to stay up-to-date on the latest research, trends, and best practices that are constantly evolving within the industry. How else can plan fiduciaries fulfill their obligations if their approach and mindset are static while techniques are improving?

For instance, in the mid-to-late 1960s when open-heart surgery was first introduced at the Cleveland Clinic, 9% of the first 150 patients who received the procedure died before they were released from the hospital! Today, even though the patient population is becoming older and operative risk is higher, the mortality rate is only between 1% and 3%. This is due to surgeons (and other members of the medical community) who have refined the procedure, developed new products and innovative techniques, improved post-operative rehab, and generally enhanced the overall diagnosis, treatment, and standard of care. Imagine if there were heart surgeons who performed the procedure as if it were still the 1960s—is that who you’d want operating on you if you were on the table? Probably not.

‍Richard Thaler, an American economist and theorist in behavioral economics at the University of Chicago Booth School of Business, won the 2017 Nobel Prize in Economics for his contributions to the science of behavioral economics. He and Cass Sunstein coined the term “choice architecture” in their 2008 book Nudge: Improving Decisions about Health, Wealth, and Happiness which refers to the practice of influencing choice by changing the manner in which options are presented to people.

This historical approach to fund menu design was to give participants lots of different choices and trust they would make good decisions. Unfortunately, the economic theory behind this (i.e., people will make optional choices for themselves) has been shown to be flawed in the real world by the concept of “choice overload,” also referred to as “overchoice.” This phenomenon occurs when people have too many choices, which leads to increased complexity and has been associated with unhappiness, decision fatigue, and choice deferral (e.g., not making a choice altogether or delaying the process of choosing). When faced with choice overload, most people make worse decisions, not better ones.

The impact of overchoice has actually been studied in 401(k) plans. In their 2010 paper entitled “Choice Proliferation, Simplicity Seeking, and Asset Allocation,” researchers Sheena S. Iyengar and Emir Kamenica found that, for every ten (10) investment options in a plan and participation decreases by 2%, equity allocation decreases by 3.28%; moreover, there’s a concurrent increase of 2.87% that the participant will allocate nothing to equities . Behaviorally speaking, an investment line-up with 10 choices is likely to be far more effective regarding enhanced asset allocation and participation than one with 20 or 30 options. Their primary conclusion was that “a larger choice set increases the appeal of simple, easy-to-understand, options.”

Despite the large number of options in workplace retirement plans, the average number of funds used is very small, and the vast majority of DIY investors do not rebalance their portfolio consistently, signaling a lack of engagement. Following a disciplined rebalancing approach has proven essential to successful investment experiences and is a hallmark of TDFs which automatically rebalance for the participant. In How America Saves 2018: A report on Vanguard 2017 defined contribution data, Vanguard found that:

Faced with the high standard of care required by ERISA and informed by the growing body of behavioral research that shows participants generally make decisions that lead to sub-optimal outcomes, how should retirement plan committees respond? First, it’s important to simply recognize that plan decision-makers’ exercise enormous influence on both the choices their participants will make and the outcomes they experience. And as Uncle Ben often said to Peter Parker,

“with great power there must also come great responsibility!”

I believe that highly engaged, forward-thinking retirement plan committees should embrace the idea that they are “choice architects” whose primary responsibility is to design fund menus that are user-friendly for participants and improve their probability of making good choices. We believe the foundation of a successful investment experience is heavily influenced by three factors: asset allocation, diversification, and costs.

‍Research from Vanguard has suggested that roughly 85% of a portfolio’s variability in returns comes from asset allocation or the ratio/mix of asset classes such as stocks, bonds, and cash within a portfolio. This aligns with other studies that have been done over the years. Given the long-time horizon of investors, following a long-term investment orientation consistent with retirement plan investing is essential.

‍Constructing a portfolio that maintains consistent exposure to multiple asset classes is an important strategy that reduces the risks associated with a particular company, sector, or country. Harry

Markowitz, an American economist and winner of the 1990 Nobel Prize in Economics called diversification “the only free lunch in investing.”

Markets and asset classes perform and behave differently at various times. For instance, both US and non-US equities offer the potential to earn positive expected returns over long-time periods, but they may perform very differently over shorter ones. Further, there is no reliable evidence that this performance can be predicted ahead of time. Given this, I believe that a retirement plan investment strategy should use the global opportunity set available to deliver diversification benefits as well as potentially higher expected returns.

‍In most areas of life, there is a correlation between price and quality. If I buy a $65,000 Mercedes E-Class I am going to expect better quality materials to be used than in a $25,000 entry-level Honda Accord.

However, when it comes to mutual fund performance, there is actually an inverse relationship between costs and outcomes. For example, in a 2010 research report titled “How Expense Ratios & Star Ratings Predict Success,” Morningstar concluded:

If there’s anything in the whole world of mutual funds that you can take to the bank, it’s that expense ratios help you make a better decision. In every single time period and data point tested, low-cost funds beat high-cost funds. Expense ratios are strong predictors of performance. In every asset class over every time period, the cheapest quintile produced higher total returns than the most expensive quintile. Investors should make expense ratios a primary test in fund selection. They are still the most dependable predictor of performance. Start by focusing on funds in the cheapest or two cheapest quintiles, and you’ll be on the path to success. [Emphasis Added]

‍So far, we have discussed a lot of theory, research, and data, so let’s switch gears and use that information to put forth a practical framework that can be used by plan fiduciaries. I have outlined a “tiered” approach to designing a fund lineup that can be a helpful starting point. Each tier assigns a priority level (Highest to Lowest), the type of investment option to use (the “What”), considerations/recommendations (the “How”), and a target outcome.

‍Retirement plan committees play an important and influential role in shaping the financial futures of their employees. Seemingly small decisions can have an enormous impact on outcomes, especially over long periods of time like a working career. One responsibility is to wisely use the latest available information, research, and techniques to design an investment lineup that ensures a high probability of success for plan participants and beneficiaries.

If your committee wants to learn more about current trends and best practices or re-evaluate your current investment menu to incorporate behavioral finance concepts, I can help. Please feel free to contact me to start a conversation.